To recover your password please fill in your email address

Please fill in below form to create an account with us

About the Eastern Irrigation District

The Eastern Irrigation District is dedicated to providing water security to the area and managing the District’s diverse resources in a manner that will provide the greatest economic, social, and environmental benefit.

The Eastern Irrigation District will divert and convey water through a maintained and continually improved infrastructure system while providing good stewardship of District lands and promotion of agriculture and the local economy in a collaborative, informed, sustainable, and fiscally responsible manner through District policy and practices. 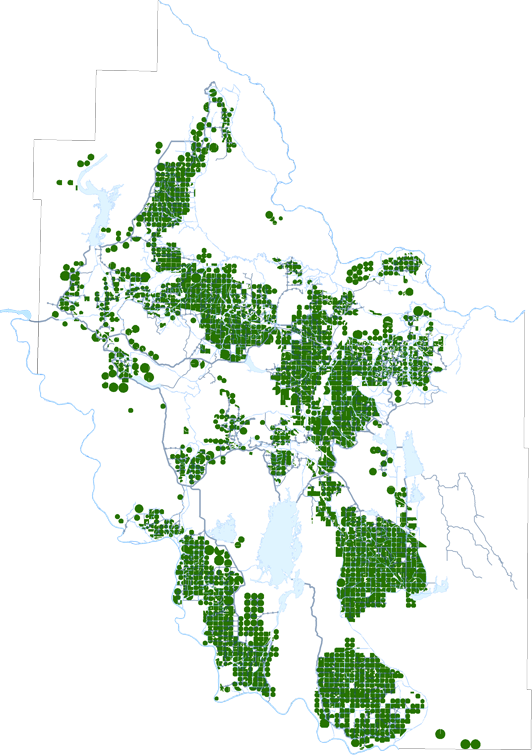 The Eastern Irrigation District (EID), one of twelve irrigation districts in southern Alberta operates under the authority of the Alberta Irrigation Districts Act [RSA 2000 c. 1-11]. The administrative boundaries of the EID, bounded by the Bow River in the south and the Red Deer River in the north, encompass approximately 1.5 million acres of land.

The District’s primary business is the management of an extensive raw water distribution network in support of irrigated agriculture. In addition to conveying raw water to over 300,000 acres of irrigated farmland owned by private families and corporations, the EID also conveys raw water through their distribution network to benefit municipal, industrial, wildlife habitat and recreational purposes. The EID also owns an expanse of native and improved grassland, managed for the benefit of the irrigators and primarily supporting the local cattle industry.

The Eastern Irrigation District is governed by a Board of seven Directors elected by and from the 1,000 irrigators of the District. The EID employs approximately 75 individuals who carry out the day to day management and operation of the District.

History of the EID

The area now known as the Eastern Irrigation District is situated within the Palliser Triangle - that area of the western prairies characterized by low precipitation. The average annual precipitation within the area of the EID is 30 centimeters (12 inches) with an average of approximately 15 centimeters (6 inches) falling during the growing season. This average is much less than the water requirements to successfully grow most agricultural crops.

In 1903 the Canadian Pacific Railway (CPR) received title to 1,215,000 hectares (3 million acres) of arable land on the rail line between Medicine Hat and Calgary from the Dominion of Canada as final payment for the construction of the national railway. The area now known as the Eastern Irrigation District was part of this land grant and was referred to by the CPR as the Eastern Section lands.

Though the amount of sunshine hours and the heat units were adequate for growing crops, the CPR felt settlement of the Eastern Section lands would be challenging because of the lack of precipitation in the area. Because of this, the CPR believed the actual value of the land granted to them was less than the value calculated by the Dominion of Canada for payment. To add value to the land grant, the CPR convinced the Dominion of Canada to allow development of an irrigation conveyance system to the Eastern Section lands. The proposed head works of the irrigation system, to be located on the Bow River, would divert water into a network of canals to supplement precipitation and assist in the production of crops in the Eastern Section lands. The CPR hoped that construction and operation of an irrigation conveyance system would support the successful production of agricultural products and assure the company revenue from settlers in the form of land sales, water conveyance payments and fees for the transportation of settlers, supplies and agricultural products on the CPR rail line.

In 1910 the CPR commenced construction of a diversion structure on the Bow River southeast of the community known as Bassano. During the same period water conveyance canals, wooden and concrete flumes and reservoirs were constructed to allow water to flow by gravity to most areas of the Eastern Section lands. At the same time and in conjunction with the Dominion of Canada, the CPR undertook an extensive marketing campaign to attract settlers to the area.

For close to 20 years the CPR owned and operated the irrigation conveyance infrastructure. Their ownership of the system coincided with the economic depression and drought of the late 1920’s and 1930’s. Plunging commodity prices resulted in many landowners being unable to sell and ship their product to market. As a result, many landowners, not able to sell product and make their payments to the CPR, made the decision to leave the area. With more and more landowners defaulting on their payments, the operation of the irrigation system became a non-profitable venture for the CPR, a company whose main operations were already significantly impacted by the economic depression.

By the mid 1930s a growing number of landowners from within the Eastern Section became more and more frustrated with the CPR’s operation of the irrigation conveyance system. Unaddressed problems with water delivery and disputes over the classification of irrigable land by the CPR were just some of the issues that contributed to the landowner’s frustrations. The CPR’s Calgary based administration office added to the problems by increasing the cost and time required for landowners attempting resolution of disputes. More and more landowners began to believe that operating as a collective group they would be able to run the irrigation system in a more efficient manner. In 1935, a group of landowners from within the Eastern Section approached the CPR proposing to take over ownership and operation of the irrigation conveyance system. The deal negotiated between the irrigation landowners and the CPR saw: